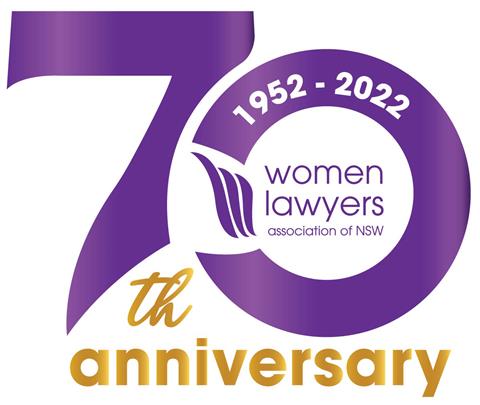 The Women Lawyers Association of New South Wales (WLANSW) is the peak professional body representing women lawyers in NSW. They have been committed to improving the status and working conditions of women lawyers since 1952. Today they have a diverse membership of over 9000 ranging from the female pioneers of the legal profession, senior legal leaders and the emerging next generation.

The inaugural meeting of WLANSW was held on 6 March 1952. It was the first such association in Australia. They had commenced meeting informally in 1941 as a means to share knowledge and experiences, to hear from guest speakers and discuss issues pertinent to the legal profession at the time. From 1951 they formalised meetings for women in the profession and maintained contact with similarly constituted organisations, and also became an important channel for communication between the profession and government. Members attended international conferences and represented Australia in the agencies of the United Nations. Their work there had influential consequences within Australia on government programs.

The aims and objects of WLANSW as set out in the constitution in 1952 have not changed much in the 70 years since their creation. They remain focused on providing a common meeting ground for women lawyers and to foster the growth of collegiality among women lawyers, and continue to advocate for law reform and the advancement of women in the legal profession and community, more generally.

WLANSW will be celebrating its 70th Anniversary at a Gala Dinner on 11 March 2022 at the Sheraton Grand Sydney Hyde Park. Featured amongst the distinguished guests and dignitaries, are guest speakers Her Excellency The Honourable Margaret Beazley AC QC, Governor of NSW, and their Patron, the Honourable Virginia Bell AC. The occasion will also host a reunion of many Life Members and Past Presidents amongst their members, colleagues, 2021 Award Winners and supporters.