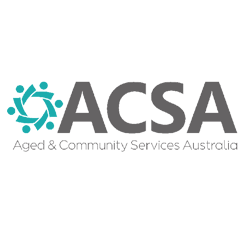 The new Aged & Community Care Providers Association (ACCPA) Board has appointed an interim CEO to manage operations and finalise services in the lead-up to its July 1 start date.

An interim executive team comprising five General Managers has also been formed, reporting directly to the Interim CEO.  Dr Blackman said the structure will oversee ACCPA’s activities from June up until the end of September, or when ACCPA’s permanent CEO role is filled. ACSA and LASA services will continue uninterrupted during the transition.

“We greatly value the leadership and aged care experience that both Paul and Sean can offer in their interim roles as we move into this important next transition phase.  Teamed with the interim executive team structure, it will provide much needed focus on establishing ACCPA’s operations and services, while moving to a unified approach and workplace culture as quickly as possible,” Dr Blackman said.

Mr Sadler said the interim executive structure would also provide all the benefits of working as one team right from the outset.  “Now we have the mandate to build a single industry voice, it’s vital that we also behave and communicate as a single team,” he said.

“This enables a single focus on ACCPA’s long-term organizational structure and member services so our collaborative and unified approach to working with consumers, communities and government can begin.”

Mr Rooney said his focus as lead of the Project Management Office would be to drive the implementation of the transition plan, while monitoring and evaluating progress.  He will report to and work closely with the new ACCPA Board which was announced last week.

“We are excited about the establishment of ACCPA and the opportunity to enhance the wellbeing of older Australians through a new industry association,” he said.

“But there is much to be done between now and becoming operational, to ensure we build a high-performing, trusted and sustainable aged care sector.”

A search for ACCPA’s new CEO is already underway, with an announcement expected in the coming months.