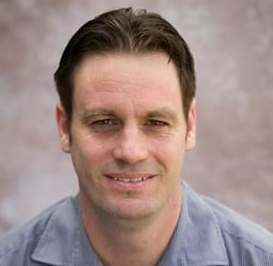 “I am honoured to have been appointed as Holstein Australia’s next CEO. It is a privilege to be part of an organisation that leads in the delivery of high quality herd improvement services and innovative solutions for dairy farmers. I am also looking forward to working with Graeme during my transition period to CEO, particularly on the completion of our next 5 year strategic business plan in conjunction with the Board, Strategic Directions Committee, Breed Development and Conformation Committee and members,” said Mr Butler.

Current CEO, Graeme Gillan will work with the Association in an advisory capacity during the first half of the 2020 – 2021 financial year. Mr Gillan joined Holstein Australia as CEO in early 2014, leading the restructure of the Association during a time of rapid change for the dairy industry. While stepping down as CEO of Holstein Australia at the conclusion of the current financial year, Mr Gillan will retain his positions as Chair of the National Herd Improvement Association of Australia (NHIA) and DataGene director.

“I can think of no one better to lead Holstein Australia into the future. As a key member of our senior management team Rohan has been instrumental in ensuring that Holstein Australia has developed and evolved its core services, particularly in the genetics space, to better meet the needs of members and the wider dairy industry. He has also taken the lead in the development of our new strategic business plan and is a widely respected figure throughout the herd improvement industry. His 10 year career with the Association and strong core values make him the perfect choice to lead Holstein Australia,” said Mr Gillan.

Mr Butler will retain his role as Genetic Improvement and Research Manager until commencing the CEO role in the new financial year.

Patrick Glass, Chair of the Holstein Australia board, says that the appointment of a new CEO marks the end of a 12 month selection process for the Association.

“Over the last year the Board along with the CEO have devoted considerable time and resources to succession planning, taking into account the rapidly changing nature of the dairy industry. Having identified the key attributes we were looking for to lead Holstein Australia into the future, the Board’s opinion was that we had an exceptionally strong internal candidate in Rohan. Wider industry consultation, including with executive recruitment providers, as well as consideration of external candidates only reinforced this view, culminating in today’s announcement,” said Mr Glass.

He added: “On behalf of the Board I would like to thank Graeme for his incredible contribution to the herd improvement industry, which I know will be continuing, and to our Association in particular. Under his watch Holstein Australia’s governance has been transformed, with a lean and efficient organisation being the result. At a time of great upheaval for the dairy industry the measures he has put in place have also underpinned the financial stability of the Association and the way in which we deliver services to members has become ever more efficient. His contribution to Holstein Australia over the last six years has been invaluable.”

Prior to joining Holstein Australia, Mr Butler was Young Sire Program Coordinator for Semex Australia. Over his 20 year career in the industry he has developed a reputation as an innovator in the way services are delivered to breeders. Mr Butler grew up in the Adelaide Hills in South Australia, holds a Bachelor of Agriculture from Adelaide University and a Master's of Agriculture from Melbourne University. He lives in Gippsland, Victoria, with his young family.