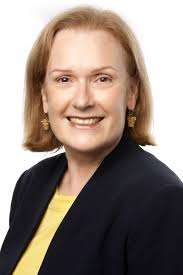 The board of .au Domain Administration Limited (auDA) has announced the appointment of Rosemary Sinclair AM, as its new Chief Executive.“We are pleased that such a senior and experienced executive from the public, private and not-for-profit sector has agreed to take the reins at auDA in this exciting period in its history,” said auDA Chairman Alan Cameron.

Ms Sinclair comes to the role of CEO of auDA with significant experience in policy development, operations management, stakeholder engagement and governance across the communications, media, higher education and energy sectors, including most recently as inaugural CEO of Energy Consumers Australia, a company established by the Council of Australian Governments Energy Council of Ministers in 2015.

Ms Sinclair was a non-executive director of auDA from 2009 to 2011, and has experience in international policy setting fora, having represented the views and interests of stakeholders at ICANN, APEC-TEL, OECD, and INTUG.

She was also appointed as a Member of the Order of Australia in the 2018 Queen’s Birthday Honours List for leadership and administrative roles in the communications industry.

Ms Sinclair will commence in March this year and will be based in Melbourne.