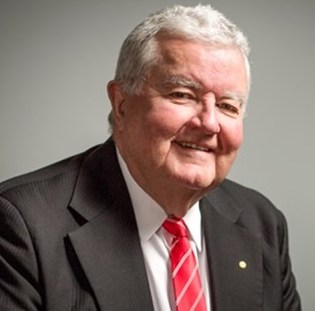 Pain Australia has announced the appointment of Professor Ian Chubb as Chairman Elect to the Board of Directors.

Professor Chubb’s research focused on the neurosciences, making him an excellent appointment in the area of understanding the science of pain and evidence-based treatments. His extensive achievements are outlined in the linked bio.

Professor Chubb will take over the Chairman role from Mr Robert Regan, Group General Counsel for a major listed public company, Painaustralia Board Director and Chairman for seven years.

Mr Regan said of Professor Chubb’s appointment: ‘Prof Chubb is an outstanding appointment to the Chairman’s role at a time when pain is emerging as a major public health issue, the National Strategic Action Plan for Pain Management is being considered by health ministers and the Federal Minister for Health the Hon Greg Hunt MP has pledged funding for Painaustralia to implement important pain awareness and education activities. Prof Chubb’s experience and insights together with his record of achievement will hold Painaustralia in good stead in the coming years.”

Mr Regan has been an exceptional Chairman of Painaustralia, leading key initiatives that have ensured better treatment of pain is on the national health agenda. His legacy lays a strong foundation for the future and encompasses:

Professor Chubb said ‘pain is a complex and difficult area of healthcare requiring sophisticated and considered approaches across health and other sectors. I am looking forward to working with the medical, health, academic, research and consumer members and stakeholders in Painaustralia to make a real difference for those living with pain’.