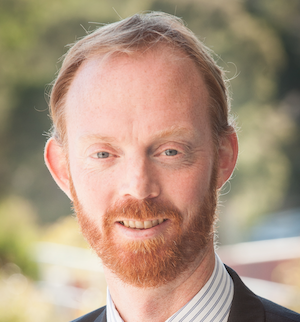 Dairy Australia is set to usher in a new era of leadership, with Dr David Nation today announced as its new Managing Director.

Dr Nation was chosen from a global field of candidates for his extensive experience across the dairy sector, including leading roles in a number of key dairy innovation pipeline projects.

He is presently serving as Co-Director of DairyBio and DairyFeedbase and previous roles include Chief Executive Officer at Dairy Futures CRC.

“David has been building his credentials in the dairy industry for many years and the benefits of his science and innovation work will continue to flow through the industry for years to come,” Mr Odgers said.

“Not only does David have an outstanding ability to relate to farmers, he has shown he can bring together people from across the government, private and not-for-profit sectors and get the job done. That skill is invaluable in an operating environment as complex as dairy.”

After nine years in the role, serving Managing Director Ian Halliday last month announced he was leaving the organisation take up a new role as Consul General and Senior Trade Commissioner to Dubai.

Mr Odgers praised Mr Halliday’s contribution to the dairy industry, including the delivery of a globally-recognised industry sustainability framework and the strengthening of Dairy Australia’s regional development programs.

“A big part of Ian’s legacy will be the achievements coming out of the DairyBio, Datagene and DairyFeedbase programs, which will have enduring benefits for farmers across the country,” he said.

“These are programs that Ian has been passionate about and, given David played such a critical role in getting them off the ground, I’m sure Ian will be satisfied to know they remain in good hands.”

Dr Nation said it was a privilege to be able to work with the Board and the team at Dairy Australia to help the industry grow and meet the challenges it was facing.

“Having had a variety of roles across the dairy sector, I know how the work of Dairy Australia can make a big difference to the country’s dairy farmers,” Dr Nation said.

“I look forward to working with people right across the industry and government to deliver programs that will help dairy prosper and deliver real value to our farmers and their communities.”

Mr Odgers said the Board was pleased to be able to provide a seamless transition to new leadership, with Mr Halliday to support the incoming Managing Director during a handover period.

Dairy Australia is the national services body for Australia’s dairy industry. It acts as the collective investment arm of the industry, investing in research, development, extension and industry services.