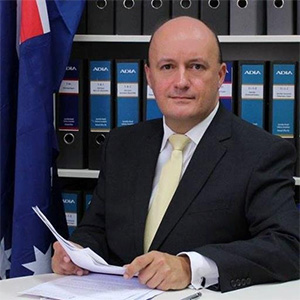 The Australian Dental Industry Association (ADIA), the peak business organisation representing manufacturers and suppliers of innovative dental products, has announced that after more than eight years in the role, Troy Williams will leave as Chief Executive Officer at the end of the year. According to ADIA National President, Mr Phil Jolly, both ADIA and the dental industry are better for Mr Williams' service.

“Troy’s contribution has been significant and his legacy will be enduring. Today ADIA is stronger and more effective in supporting our members than at any time in its history,” Mr Jolly said.

ADIA’s strong financial position stems from Mr Williams’ formidable budgeting skills and support to the Board in developing long-term financial plans. This included the sale of ADIA’s old building and purchase of new office space in a transaction that achieved a substantial financial windfall and delivered better meeting spaces for members. ADIA’s strong balance sheet, and the returns it generates, results in member services being delivered at a lower cost than would otherwise be the case.

It is perhaps in the policy advocacy area that Mr Williams’ contributions will be remembered over time.

“Many will see Mr Williams’ most significant contribution as having positioned ADIA as a respected leader in the national policy debate, particularly concerning matters of medical device regulation. That ADIA is now called upon frequently by parliamentarians and departmental stakeholders to contribute to policy formulation is an outcome that Mr Williams can rightly claim credit for,” Mr Jolly said.

During Mr Williams’ tenure ADIA has taken a lead role in securing reforms to how dental products are regulated in Australia. Legislative amendments to improve market approval for innovative new dental products were secured in addition to enhancing the way illegal imports are dealt with by the Therapeutic Goods Administration (TGA).

“On behalf of the ADIA Board and members I can say we’re sad that Troy is leaving and that we’re extremely thankful for his contribution. He leaves with our best wishes as he takes on a new role that’s a significant step in his career,” Mr Jolly said.

ADIA has engaged recruitment firm Salt and Shein to begin a national search for a replacement.