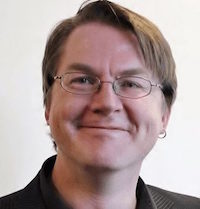 Ian Ross has been appointed Chief Executive Officer of Pedal Power ACT, and will be joining in January 2018.

Mr Ross is a keen bike rider and a member of Pedal Power ACT.

Since May 2016, Ian has also held the role of Executive Director of My Choice My Support (MCMS), a new disability service organisation developed and hosted by Community Connections (with an independent Committee of Management). Previously Ian worked for many years in senior roles within the ACT Public Service.