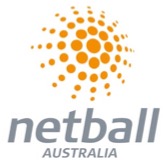 As of 13 April 2017, Netball Australia Director Anne-Marie Corboy has been removed from the Board at a Special General Meeting (SGM).

"While the circumstances of her departure are regrettable, her achievements as a Chair and director of Netball Australia can never be diminished," acknowledged the Board.

There was no suggestion that Ms Corboy had breached her duties as a director or acted in any way contrary to the best interests of the sport.

Corboy played a considerable role in overseeing one of Netball Australia’s most successful and challenging years, with the launch of Suncorp Super Netball seeing significant increases in revenue, attendances, broadcast figures and players’ remuneration and conditions.

Netball Australia chief executive Marne Fechner was quoted in The Sydney Morning Herald saying, "From a governance point of view, from the members' perspective, there was a need for change". "These things can happen in sport; netball's not the only sport it's happened to. It's unfortunate, but we've got to get on with the business at hand. My sense is that everyone's committed to moving on from this."