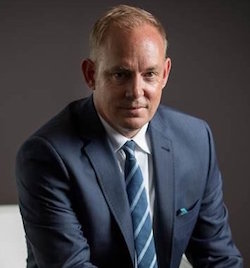 Dr Lance Emerson has resigned as Chief Executive Officer (CEO) of the peak national organisation for pharmacists, the Pharmaceutical Society of Australia (PSA).

After three and a half years as CEO, Dr Emerson – a highly respected healthcare leader in Australia – will leave the organisation in January next year having achieved many positive outcomes, structural reforms, improved member services and helping to boost the public profile of pharmacists and PSA.

“I congratulate and thank Dr Emerson for his effective and strategic leadership of PSA to ensure all pharmacists are well represented and engaged across Australia,” Dr Jackson said.

“His dedication and service to the profession – and engagement with key stakeholders – has been admirable and I’m sure our members would agree he has taken PSA to the next level in terms of advocacy, professional development and practice support.”

Dr Emerson’s many achievements have included transforming PSA from functioning as six separate organisations across Australia to one unified entity for advocacy, training and membership and securing recognition as the peak pharmacists’ organisation via peak Health Professional Association funding from the Federal Government.

“Dr Emerson has also been instrumental in increasing the public recognition of the role of pharmacists and PSA through a strong, proactive mainstream media and communications strategy,” Dr Jackson said.

Dr Emerson said he was incredibly proud to have led PSA to become such a prominent peak national body in Australia.

“In serving as CEO, I’ve really enjoyed the challenge of developing a stronger, more sustainable PSA, providing enhanced member services and aligning all our effort across Australia working closely with three national presidents over this time.

“I sincerely thank PSA’s National Board, Branch Committees, Executive team and the dedicated and competent PSA staff – as well as all PSA members and supporters.”

A recruitment process for Dr Emerson’s replacement is underway.

Melbourne Home to Largest Chemical Congress Ever Hosted in Australia

AMA Secretary General to move on after contract ends in 2018