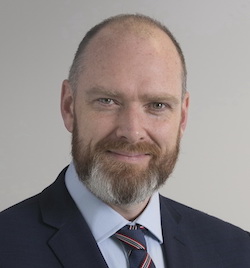 Australian Pipelines and Gas Association President Shaun Reardon is pleased to announce the appointment of Steve Davies to the role of Chief Executive of the association.

After spending the previous nine years with the association in various policy roles, most recently as National Policy Manager, Mr Davies has a profound understanding of the many issues affecting pipeline operations and gas markets, Dr Reardon said.

“The APGA Board is delighted that Steve will be taking over the leadership role,” Dr Reardon said.

“His depth of experience and long commitment to the pipeline and gas industries will provide us with a very solid base to face the complex challenges ahead in the energy sector.”

In his previous role at APGA, Mr Davies was responsible for government relations and policy development for the gas transmission industry. Recent policy issues he has been involved with include the future of gas in Australia, competition policy and economic regulation of transmission pipelines, gas and pipeline capacity market development, and the treatment of pipelines in planning legislation.

Before joining APGA in 2008, Mr Davies held a range of policy and regulatory roles related to infrastructure and resources in industry associations and the Federal Government.

Mr Davies takes up the Chief Executive role on 11 September 2017.