ANZ CEO Shayne Elliott next Chairman of the ABA 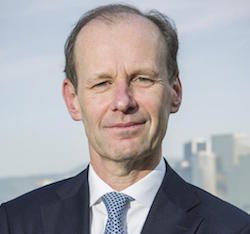 Commenting on the nomination Mr Elliott said: “The banking industry is working hard to build trust with customers, the community and with federal and state politicians on all sides. While we have made significant improvements in recent times, rebuilding community trust is a long-term issue and change within the industry needs to be bolder and faster.

“I look forward to making a positive and progressive contribution as the industry continues with the important task of delivering sustained change which delivers better outcomes for customers and helps rebuild our reputation.

“I would like to thank Andrew Thorburn for his stewardship of the ABA during this time and I look forward to building on his strong legacy of industry reform,” Mr Elliott said.

“Shayne has a long and distinguished career in banking and will bring considerable energy and commitment to the transformation process led by Andrew,” Ms Bligh said.

“The industry is currently undergoing the greatest program of reforms that banking has seen in decades. It’s vital that this continues and that we work to rebuild trust and better service the needs and expectations of the community,” she said.

By convention, the Chair of the ABA rotates between the Chief Executive Officers of the major banks. With the CEO succession announcement at the Commonwealth Bank in 2018, the next organisation on rotation is ANZ.

“For the sake of continuity it was decided to bring forward Mr Elliott’s term rather than seek an alternate chair,” Ms Bligh said.

“There are a number of reviews and reforms to be introduced in the coming year, so consistency is important. I am looking forward to working closely with Mr Elliott in his new role,” she said.

Mr Elliott’s term will begin after the ABA’s Annual General Meeting in December.