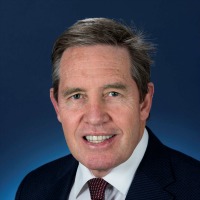 UNICEF Australia has announced the appointment of Tony Stuart as CEO. He commenced in the role on 18 July 2016.

Mr Stuart, former Group CEO of the NRMA and former CEO of Sydney Airports Corporation, has a deep and longstanding commitment to the not-for-profit sector in Australia, and was recently appointed Chair of the Advisory Board of the Australian Charities and Not-for-profits Commission (ACNC).

Mr Stuart brings 20 years corporate experience in marketing, financial services and other executive and Board roles and is a member of the Prime Minister’s Community Business Partnership.

UNICEF Australia President John Stewart welcomed the appointment and said, “Tony joins UNICEF Australia at an exciting and important time. Whilst UNICEF Australia has grown considerably over recent years, so too has our ambition to do even more to stand up for the rights of children throughout the world.”

Tony Stuart said, “I am honoured to be joining UNICEF Australia. UNICEF is a highly regarded brand, with an outstanding track record throughout the world. Here at home, UNICEF plays a vital role, enabling Australians to contribute to making a lasting difference to the lives of children, particularly those most marginalised.

I look forward to working with the UNICEF Australia team to further expand our partnerships, and to advance the rights and improve the lives of all children.”