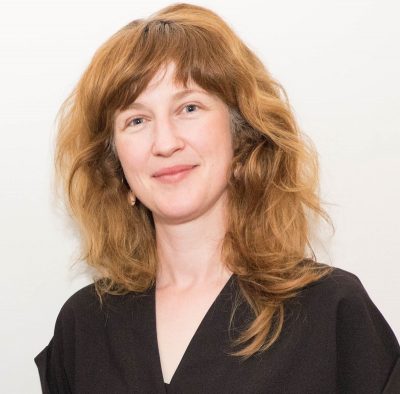 Perth Institute of Contemporary Arts (PICA) is excited to announce the appointment of its new CEO, Hannah Mathews.

Following an extensive search to fill this leadership role, PICA’s Board has appointed Mathews, a nationally respected curator, writer, and academic, with an international profile. She joins PICA from Monash University Museum of Art (MUMA), where she has been Senior Curator since 2016, and will commence her new role as CEO in December 2022.

Previously, Mathews has held key curatorial positions at the Australian Centre for Contemporary Art, Biennale of Sydney, and Next Wave Festival. Mathews knows PICA well, having served as Curator from 2005–08.

She has sat on several boards, including the National Association for the Visual Arts (NAVA) undertaken international curatorial residencies in New York, Berlin, and Tokyo; and taught at Melbourne University, Monash University, and RMIT University.

"We’re thrilled to have Hannah join us from MUMA. Hannah’s well known for her interest in cross-disciplinary practice, working inside and outside of gallery and museum spaces, and impressive track record of delivering ambitious projects."

"We’re all very excited by Hannah’s energy and the new ideas that she proposes to inject into PICA’s visual and performing arts programs."

As PICA moves into its new stage of growth and expansion, Hannah will be well-placed to bring her national and international experience to elevate PICA’s position in the local, national, and global arts landscape."

WA has a growing appetite for culture – our state ranks third in Australia for cultural event attendance – making Perth a clear contender to become one of the nation’s cultural capitals, and PICA is set to be part of this."

"I am very excited to be returning to Perth after 15 years to take up the role of PICA’s CEO. PICA is a unique Australian organisation that has much to offer artists and audiences, both in WA and across the country."

"Importantly, Perth is undergoing a critical period of cultural diversification and change. It’s a great privilege to lead the organisation through this next chapter, which will be shaped by connection, collaboration, and PICA’s enduring spirit of experimentation."

As WA’s independent home of contemporary arts, PICA presents a broad interdisciplinary program of exhibitions, performances, and public programs. Working at the forefront of culture and ideas, PICA drives critical conversations with free thinkers and fresh voices. PICA is committed to contributing to a sustainable, equitable future by creating inspiring, thought-provoking experiences that enrich broad and diverse communities.

Mathews takes the helm following the departure of Amy Barrett-Lennard, who led PICA for 16 years. Mathews will commence as CEO on Monday 5 December 2022.