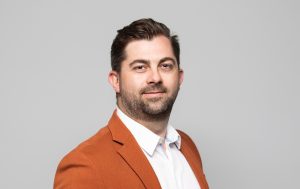 Caravan Industry Victoria (CIV) has announced a major change in its top management, with the appointment of a new CEO to take effect on 1 January 2023.

CIV president Nat Schiavello said the handover was the culmination of a carefully planned succession process.

Announcing the changes last night, Mr Schiavello said Rob Lucas had built a strong foundation on which Daniel Sahlberg would build further for the post-Covid era.

“This succession will ensure consistency and continued success for the association and the Training College, which will continue to grow to its full potential,” he said.

“Since Rob commenced as our CEO in 2011, he has brought the association decisively into the 21st century. “In 2012 he led the development of the Victorian Caravan Industry Blueprint, a 10-year strategic plan that set the course of the Association in the decade since.

“In the subsequent decade he has turned the blueprint into today’s reality, including a succession plan to take the association into the next decade.”

Mr Schiavello said Rob Lucas always had a clear and unflinching focus on promoting and protecting members at all times.

“There is perhaps no better example of Rob’s focus on looking after members than in ensuring consistency in the service we deliver to members while passing on the CEO’s role,” he said.

“Daniel is a remarkable individual, becoming Product Development and Drafting Manager Windsor Caravans at the age of 20, then being a principal author of the RVMAP accreditation program.

“Since joining CIV in 2015 as Industry Development Manager, he has worked alongside Rob on RV Service Safe, Trade days, the Virtual Caravan Show, the Training College and all of our shows.

“Rob personally recruited Daniel and has mentored him to take over the CEO role, so the reins are passing from one pair of safe hands to another.”

Caravan Industry Victoria is the peak body for caravan and RV manufacturing, retailing and servicing in Victoria. Founded in 1952, it has 240-plus members and owns the Victorian Caravan, Camping & Touring Supershow, Melbourne Leisurefest, the Border Caravan & Camping Expo, and Bendigo Caravan & Camping Leisurefest.