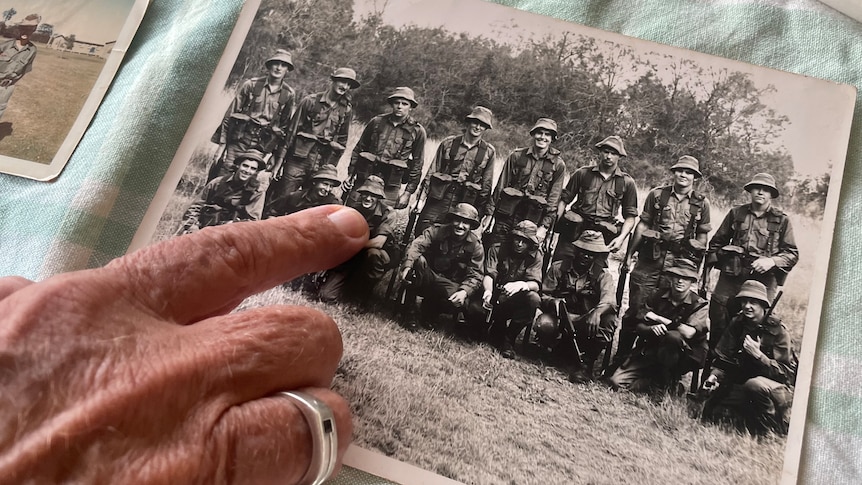 The country's second-largest ex-service organisation is coming to an end.

The National Servicemen's Association of Australia will be closing its doors in 2026, with leaders saying there are too few of the 287,000 veterans who once served, and commonly known as Nashos, left alive to carry on the group.

"By law, in those times, we were 19 and those turning 20 within a specific period had to register their names.

Mr Barker said it was difficult to watch the group's legacy fade as more veterans died.

"Every person wants to be remembered, either by family, by book, by deeds – but who is going to talk about us?" he said.

The history of the Nasho

Between 1951 and 1972, almost 300,000 young men were called into two separate schemes for compulsory training in the navy, army, and air force, where 212 died in active service in Borneo and Vietnam.

This week marked 50 years since the last intake of men were conscripted to join the National Service Scheme before it was abolished by a newly-elected Whitlam Labor government in 1972.

"You can never be an ex-Nasho," Mr Barker said.

"You got into Nashos because you didn't want to, but you'll never get out of it."

The National Servicemen's Association of Australia was founded in 1987 with sub-branches scattered across the country championing veteran health, welfare, and legacy for almost four decades.

But with no new recruits in 50 years, the group's Queensland president Alex Garlin said the Nashos had run out of new blood to take on leadership roles.

"We are now making a decision that national is going to close its doors in 2026," Mr Garlin said.

Closures across the country

Despite the national executive shutting down in the coming years, Mr Garlin said state branches had been permitted to continue operating if they maintained enough support.

Although things are not looking promising in parts of regional Queensland.

"We've got branches that are closing," Mr Garlin said.

"Caboolture was one of our biggest branches in the start of national service … they're now down to 19 people and couldn't find an executive, so they decided to close the branch."

Mr Barker said Maryborough closed two-and-a-half years ago and Bundaberg closed in May.

"It's one of the histories that we are going to lose," he said.

The same could be said in other parts of the country.

The veterans were hopeful that they could find new members in the family of their fellow servicemen.

"We need more supporters – come to our barbecues, picnics, that sort of thing," Mr Barker said.

"If you have an association to a Nasho, keep the memory of that person alive … the only way we can do that is to pass our stories on."

A spokesperson for the Veteran Affairs Minister Matt Keogh said ex-service organisations such as the National Servicemen's Association of Australia were an important part of the veteran community.

"However, decisions relating to their ongoing administration are a matter for the members of that association," they said.

"Veterans and families are eligible for counselling or support from Open Arms."