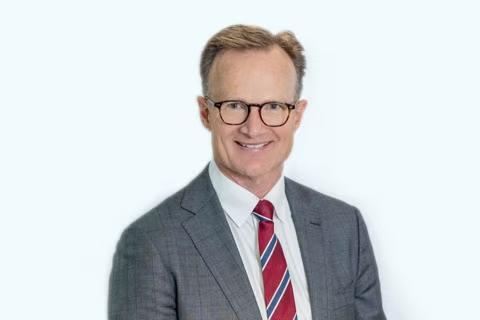 Dr. Henderson (pictured) joined HBF from Epworth HealthCare, Victoria's largest not-for-profit private hospital group, where he had been the group chief executive since 2017. He has more than 30 years of experience in health services as a general practitioner and in clinical and managerial roles, including as an executive director at St John of God Health Care and general manager at the Mount Hospital.

Currently, Dr. Henderson is the president of the Australian Private Hospitals Association (APHA) and the chair of the board of directors at Cricket Australia.

Diane Smith-Gander AO, who became the chair of the HBF board early this year, said the latest appointment coincides with the brand's national growth and expansion into health services.

“HBF recently entered a new chapter in its long and proud history, and we were committed to conducting an extensive CEO search to find the best person to lead HBF into the future,” Smith-Gander said. “Lachlan was an outstanding candidate with a wealth of knowledge gained in the healthcare industry across both practising and managerial roles, proven leadership experience, and cultural alignment, having worked at not-for-profit organisations. I have every confidence that he is a strong fit for HBF, and [I] look forward to him taking up the role early next year.”

Commenting on his new role, Dr. Henderson highlighted the pivotal role of private health in Australians' healthcare, adding: “I was attracted to HBF as a not-for-profit fund that truly puts the interests of its 1.1 million members first.

“After growing up in Perth, I am delighted to be returning to my home city and leading an organisation that forms part of the fabric of Western Australia and is growing its presence nationally. I look forward to working with the team in building on this momentum and continuing to support HBF's members in navigating an increasingly complex health environment.”

Simon Walsh will continue as HBF interim CEO until Dr. Henderson commences in February 2023 and will support him through the transition period.