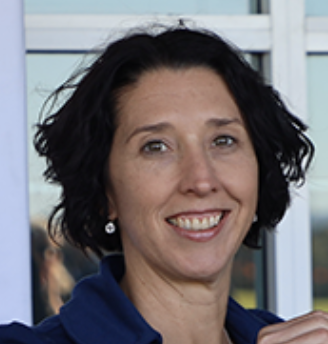 Netball NSW announced that Tain Drinkwater has resigned from her role as the organisation’s Chief Executive Officer to take up a new opportunity with the National Rugby League (NRL).

Drinkwater joined Netball NSW in April last year and guided the organisation through the second COVID-19 lockdown of Greater Sydney and regional NSW, as well as the multiple relocations of the organisation’s two professional franchises – the NSW Swifts and GIANTS Netball – for the 2021 Suncorp Super Netball Season.

The Newcastle native, who previously held Senior Executive roles with the Brisbane Broncos and in the Mining Industry, is set to become the NRL’s new Head of Performance & Pathways for their men’s and women’s teams, and will finish up with Netball NSW at the end of March.

Drinkwater said she was immensely grateful for the opportunity she’d been given by Netball NSW and the wider netball community over the past year.

“First and foremost, I would like to thank the Netball NSW President and Board of Directors for the opportunity to work in this brilliant game which truly is one of the benchmarks in Australian sport when it comes to grassroots and high-performance pathways,” she said.

“I would also like to thank my Executive Team and the Netball NSW staff across all areas for their efforts over the past 12 months which have been some of the toughest the game has known.

“Despite the challenges we have been able to deliver very strong registration numbers and an all-NSW Super Netball Grand Final, and I leave knowing that the game is in a very strong position which is a testament to the brilliant team we have.

“A special thank you too to the NSW netball community who showed how innovative and agile they are to keep the game thriving, despite the once-in-a-generation challenges thrown up by COVID-19.

“This was not an easy decision to make and it was one that I thought about long and hard about for a significant period of time, however, the opportunity offered by the NRL was one that I couldn’t turn down.

“I am now looking forward to working with the Board, Executive Team, staff and wider stakeholders to ensure the handover process is as seamless as possible as Netball NSW gears up for a massive year of elite and community netball.”

“While we are very disappointed to lose Tain we understand her decision and would like to commend her on everything she has achieved since joining us,” Sullivan said.

“Not only did Tain display admirable leadership when the game was plunged into lockdown again last year, she and her staff went above and beyond to ensure netball in NSW emerged from it in a very healthy position and we will always be very grateful for that.

“She also had the unenviable position of overseeing the Swifts and GIANTS as they moved from state to state, often late at night, to keep the Super Netball Season alive. Ultimately it was all worth it with both teams contesting the Grand Final and that is something Tain should be very proud of.

“We saw in Tain a very capable and emerging female leader and it is a credit to her achievements that the most powerful code in the state has offered her this brilliant opportunity.

“On behalf of the Board of Directors, and all of Netball NSW, I would like to wish Tain the best in her next venture and look forward to seeing her courtside as a fan in the future.”

Sullivan also welcomed Jones to Netball NSW in the role of Interim CEO.

“Andrew has a fine record in sports administration, including as a former CEO of Cricket NSW, so our game is in safe hands for the months ahead,” she said.

“Like netball, cricket has a vast grassroots community across the State, vital pathways to the elite level, and multiple teams competing in national competitions.

“Andrew understands the challenges and opportunities of having two professional clubs under the one organisation via the Sydney Sixers and Sydney Thunder.

“Andrew was also a key driver of the professionalisation of women’s domestic cricket and the formation of the Women’s Big Bash League so has a strong record when it comes to women in sport.”

Netball NSW will shortly begin the recruitment process for a new CEO and more information will be released in due course.