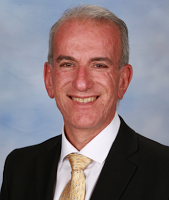 Peter was elected President by the ACPPA Board in November 2021 replacing Brad Gaynor who was President for the last 4 years. Mr Gaynor has now moved into a role as Performance Improvement Leader with Catholic Education, Archdiocese of Canberra Goulburn.

ACPPA are delighted that such an experienced educator, such as Peter, is able to continue the great work and initiatives of ACPPA with a keen sense of purpose and mission for their Principals across Australia.

Peter has been an educator for the past 30 years, the last 19 of those as a principal in both regional and city-based schools in Western Australia.

He has served the past 6 years on the Catholic Primary Principal Association of WA in many roles and has been the representative to ACPPA and APPA for WA since 2017.

He has a strong interest in special needs education and has the firm belief that all students must be provided with opportunities that both challenge and support their learning, regardless of their starting point or the location of where the learning occurs.

He is currently the Principal of St Simon Peter Catholic Primary, Ocean Reef, which has a high proportion of students with disability and a large Early Learning Centre.

Outside of education he is currently involved at a board level in other Catholic organisations and passionately supports WA Cricket and the West Coast Eagles.

Creating networks for Catholic primary principals is something that he believes is an important role of ACPPA, as is, leveraging the collective strength of each member of our organisation to support each other. The principal well-being space is a key area in ensuring that we both maintain and grow our current and future leaders with the right mindset for themselves and those who are to follow.