WALGA President to Stand Down from 1 December 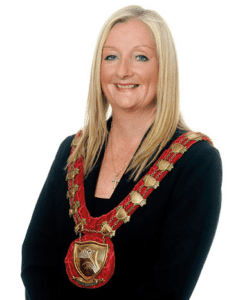 WA Local Government Association President Mayor Tracey Roberts has announced she will resign from the role from Wednesday, 1 December.

“I have greatly enjoyed my roles with WALGA, starting in 2012 as a State Councillor, followed by Deputy President and President,” Mayor Roberts said.

“Within a week of being elected President in early 2020, we faced significant challenges brought about by the COVID-19 pandemic and I am proud of the role Western Australian Local Governments have played in response to these challenges, working closely with the State Government.

“It has been absolute honour to have been provided the opportunity to represent our amazing Local Governments across the State.

“This decision will give me more time to do what I love the most - representing my local community as the Mayor of the City of Wanneroo. I have also been announced as WA Labor's pre-selected candidate for the seat of Pearce at the next Federal election.”

In accepting the resignation announcement at yesterday’s meeting, State Council resolved to thank Mayor Roberts for her decade of dedicated service to the Association with best wishes for her future.