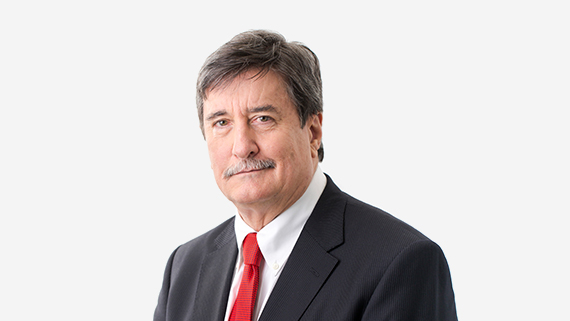 ASM Global’s Group Director of Convention Centres for the Asia Pacific region and ICC Sydney CEO, Geoff Donaghy has been selected for induction into the United States based Event Industry Council’s (EIC) prestigious Hall of Leaders.

Donaghy’s lifetime achievements as a business events industry leader have been recognised by the global industry association which champions event professionals and event industry excellence.

Harvey Lister AM, Chairman and Chief Executive of ASM Global Asia Pacific, said Donaghy’s achievement was testament to the prevailing hard work, passion and enthusiasm of an exceptionally accomplished leader.

“Geoff’s career achievements span decades and include championing the development of several major venues in Australia for ASM Global such as the Cairns Convention Centre, Brisbane’s Suncorp Stadium and International Convention Centre Sydney. Geoff was also heavily involved in the company’s securing of the convention centre partnership in Los Angeles and Hawaii, today part of the ASM Global portfolio of 330+ venues across five continents.

“He has long been a strong advocate for business events specifically, uplifting their importance globally, but never before has his leadership of the sector been more pronounced than recently during one of the most challenging periods in our sector’s history,” Lister said.

Donaghy’s leadership roles across national and international industry associations include serving two terms as President of the International Association of Congress Centres (AIPC), as a longstanding member of the executive committee of the Joint Meetings Industry Council (JMIC), and as both a board member and Deputy Chair of the Business Events Council of Australia (BECA). He has been a strong advocate for ensuring the return of business events venues in Australia remained at the front of the queue for support and reopening roadmaps.

In thanks for Donaghy’s industry commitment and roles with AIPC and JMIC, AIPC President, Greg O’Dell spearheaded the submission for the lifetime achievement award to acknowledge Donaghy’s length and depth of service in the business events sector.

“Geoff is a true events industry aficionado, always generously sharing his wealth of knowledge to elevate the industry in which he works and where his passion lies. He has been instrumental in elevating the events industry globally and nationally,” O’Dell said.

The acclaimed EIC program recognises outstanding industry leaders. Members of the Hall of Leaders are measured against four criterion including those whose contributions helped shape the industry and whose work continues to advance it, leaders whose work has affected the entire industry, leaders who have demonstrated distinguished achievements of lasting value, and those who have contributed to charitable efforts, their communities and the welfare of others.

The EIC Hall of Leaders gala celebration will take place at IMEX America on 7 November in Las Vegas, U.S.A.