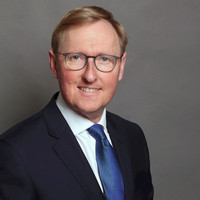 The Law Council of Australia has announced the appointment of Michael Tidball as its new Chief Executive Officer.

Mr Tidball currently serves as the Chief Executive Officer of the Law Society of NSW, a position he has held for nearly 14 years.

In announcing Mr Tidball’s appointment, Law Council of Australia President, Pauline Wright, said she is delighted to have secured a candidate of such high calibre to lead the Law Council into the next decade.

“Having undertaken an extensive global recruitment for a new CEO, I am thrilled that we have secured the most experienced, serving legal association chief executive in the Southern Hemisphere,” Ms Wright said.

“The Law Society of NSW is, even by international standards, a legal professional association of considerable scale with a diverse and complex suite of regulatory and membership functions.

“In Michael, we have a CEO who is highly regarded internationally with the demonstrated ability to deliver organisational strategy, high-order people management and stakeholder engagement as well as intellectual leadership and strength.

“Throughout his career, including in his current role as the longest-serving CEO of the Law Society of NSW and, in recent years, as Secretary-General of LAWASIA, Michael has worked comprehensively within the Australian and Asian legal and political systems and is well-acquainted with the processes of legislative and parliamentary advocacy, negotiation and representation across the political spectrum.

“Importantly, in each of these roles, Michael has worked closely and collaboratively with every level of the Law Council, developed trusted and well-established relationships with law societies and bars across the nation and has developed broader interface networks with judicial heads in state, Commonwealth and international court systems.

“During his tenure at the Law Society of NSW, Michael has demonstrated a level of tenacity, and strategic vision to work through issues within an intellectual context of change and diversity of opinion that is second to none. “On behalf of the Law Council of Australia, I congratulate Michael on his well-deserved appointment,” Ms Wright said.

Michael Tidball will take up his new position at the Law Council of Australia on 1 July 2020.

Mr Tidball said he was excited about stepping into the role of CEO at the Law Council and enhancing its strength and stature as Australia’s peak legal body.

“I am looking forward to working closely and effectively with the elected leadership of the Law Council and with bar associations and law societies across the Australian Federation, and providing the Law Council with the strategic execution, stability and unity it requires to be the strongest, most effective organisation it can be, for the benefit of all Australian lawyers and the communities they serve,” Mr Tidball said.