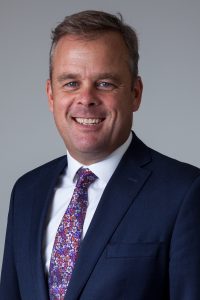 The SMSF Association has announced the appointment of Andrew Hamilton as its new Chair.

Hamilton, who joined the board in February 2011 and was Chair from February 2012 to February 2014, takes over from Robin Bowerman, who will remain on the board as Deputy Chair.

Bowerman assumed the Chair in September 2019 after Professor Deborah Ralston stood down (her term was due to end at this conference) to avoid any perceived conflicts of interest after being appointed to the Retirement Income Review panel.

Bowerman says the Chair could not be in better hands with Andrew stepping into the role.

“He brings enormous knowledge of the industry, a wide experience about the Association, and a deep understanding of the issues facing our members.

“I also want to acknowledge the enormous contribution of my predecessor, Professor Ralston, in what was a challenging period for our Association, as well as the full support I received from the staff under the leadership of our CEO, John Maroney.”

Hamilton says it’s an honour to again be asked to chair the organisation. “Although our industry is in a period of enormous change, I remain confident that the new regulatory, legislative, and educational framework, which aims to raise the standards across the industry, will be conducive to a business environment in which the SMSF specialist can flourish.”