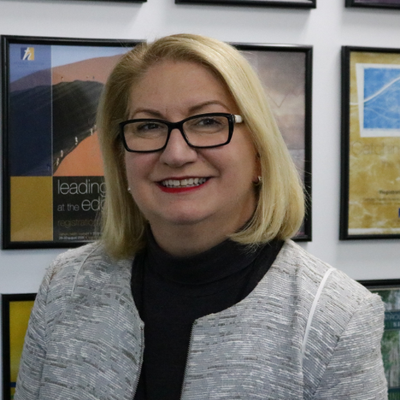 The Pharmacy Guild of Australia has appointed not-for-profit hospital and aged care service leader Suzanne Greenwood to be its next Executive Director, following an extensive executive search process.

The National President of the Guild, George Tambassis, said Suzanne Greenwood, the Chief Executive Officer of Catholic Health Australia for the last five years, would take up her new post leading the Guild later this year.

Mr Tambassis said: "I’m delighted Ms Greenwood will be joining the Guild as our national Executive Director. She has held senior positions with a number of membership organisations in the health and community services sector, has a background in health and social service delivery, and is a fierce advocate for expanding access to health and well-being services for all Australians."

"Suzanne’s extensive experience as a CEO, her training as a lawyer and executive MBA qualification, together with her professional background in health ethics, policy and regulation, positions her extremely well to advance the interests of our Members and their patients across the pharmacy network," Mr Tambassis said.

Prior to leading Catholic Health Australia – Australia’s largest non-government provider grouping of health and aged care services – Ms Greenwood was National CEO of the Institute of Arbitrators and Mediators Australia, General Counsel at the St Vincent de Paul Society of Queensland and Corporate Counsel of St Vincent’s Health Australia in Queensland. She was earlier a senior lawyer at Queensland Health. In 2017, Ms Greenwood was recognised as the Australian Healthcare, Pharmaceuticals and Biotech Lawyer of the Year.

Ms Greenwood said: "In coming to the Guild, I look forward to furthering the Guild’s vision to enable community pharmacies to have a viable, longer-term future as an integral part of the Australian health care system serving the needs of increasingly empowered health consumers."

"Like most Australians, my local pharmacy is my first port of call to care for my family’s health, whether that’s a flu shot, getting medication advice or just picking up the essentials such as prescriptions and other health care products. It is an honour to work with the community pharmacy sector to expand the contribution the Guild’s Members make towards better health and well-being outcomes for everyone in the community," she said.

Ms Greenwood is a Fellow of the Institute of Managers and Leaders, and a member of the Australian Institute of Company Directors and of the Australasian College of Health Service Management. She is a current Board member of the International Confederation of Catholic Health Care Institutions and sits on various Federal Government working groups including the Patient Safety Reporting Steering Committee, the Clinical Trials Collaborative Forum and the Australian Charities and Not-for-Profits Commission Sector User Group.