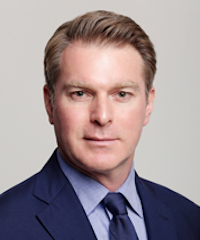 Mr Paul Beeson has announced he is stepping down as Chief Executive Officer of the Perth Convention Bureau after more than eight years in the role and eleven years with the Bureau to pursue new ventures.

PCB’s Chairman, Mr Kevin Skipworth CVO said: “Paul has made an outstanding contribution to PCB during his tenure and will be a great loss. He has applied his excellent leadership and strategic management skills in overviewing the operation of the Bureau and is leaving the organisation in excellent shape.”

“In the financial year just ended 2017-2018, the Bureau secured convention and incentive travel business worth more than $141 million in direct delegate expenditure. This is an excellent return on the State Government’s annual investment for that year of just over $5.1 million,” he added.

Paul Beeson said: “it is timely that tourism leadership in Western Australia is undergoing renewal. Many industry organisations in our State have or are currently undergoing such change.”

“Renewal is critical in any organisation, particularly those that are marketing focused. Marketing is very much driven by the competitive set environment; continual innovation is critical to ensure the competitive edge and can only be gained through fresh ideas and the new talent that provides them.”

Paul said he was grateful to the Bureau’s Board, stakeholders and the friends of PCB locally, nationally and internationally who have supported PCB over the years. Their goodwill to the Bureau team has always been greatly appreciated and he hoped that they felt duly acknowledged for this. Paul added that a particular note of personal thanks must be given to the Premier, the Honourable Mark McGowan MLA and Minister for Tourism, the Honourable Paul Papalia CSC, MLA, whose attention, wisdom and foresight ensured PCB’s high value and highly efficient work was supported.

Kevin Skipworth said: “I have observed from unsolicited comments that Paul is held in high regard by leaders in the tourism industry and I take this opportunity to thank Paul for the enormous support and guidance he has afforded me personally since my appointment as Chairman in November 2016 and I wish him success in his future endeavours.”