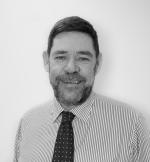 Joining IPWEA NSW back in February 2008, initially as Executive Officer then for the past six years as Chief Executive Officer, under Mr Roydhouse's leadership IPWEA NSW has continued to promote its purposes to enhance the quality of life of NSW communities through excellence in public works and services.

“Large in stature, even larger in passion, John's commitment to our IPWEA NSW family and our mission to help communities across NSW be stronger, more resilient and safer, is unparalleled. As IPWEA NSW CEO, John has been a strong visible presence championing public infrastructure and the people who work tirelessly to keep our communities moving forward", says IPWEA NSW President, Mr Warren Sharpe OAM.

“For the board, our staff and our members, John has been a major influence in building a strong and influential organisation and he is leaving very big shoes to fill. Always accessible, tackling all in front of him, yet caring and placing our members' needs first, has always remained a priority for John.” says Mr Sharpe.

“We are extremely grateful to John for his leadership and service to IPWEA NSW and we wish him well in his future endeavours", says Mr Sharpe.

Mr Roydhouse said “IPWEA NSW is a significantly different organisation to the one I was introduced to in February 2008, growing in reputation, awareness and influence ever since. The level of engagement with members has also increased significantly with our events continuing to grow.”

He added, “There have been numerous highlights and achievements, above all, a sense of fellowship within IPWEA that will be hard to replicate.”

The IPWEA NSW Board will begin the process of an executive search to identify a worthy successor with Mr Roydhouse completing his duties with IPWEA NSW at the end of November.