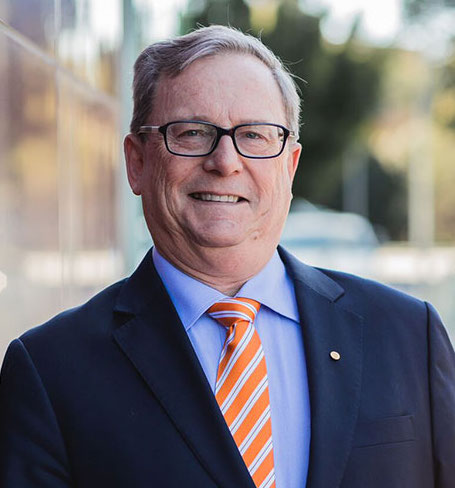 Paul Innes OAM, Chief Executive of the Australian Jockeys Association (AJA), recently advised the AJA Board of his intention to retire from the position on 31 March 2019.

In response, AJA Chairman, Des O’Keeffe, paid tribute to Mr Innes and thanked him for his outstanding commitment to improving the lives of Australia’s jockeys.

“Paul Innes played a key role in the establishment of the AJA back in 2001. In his time as CEO, the AJA has achieved any number of great outcomes for Australia’s jockeys. Thanks largely to Paul’s efforts, the AJA is a well-established, highly respected and extremely effective stakeholder association, strongly representing the interests of Australia’s jockeys at a national level as well as providing valuable assistance to the various state jockey associations in dealing with local issues.”

Mr O’Keeffe said “It was absolutely fitting that Paul’s service to Racing, particularly his work with the AJA, was publicly recognized in 2011 when he was awarded an Order of Australia Medal in the Australia Day Honors list.”

Paul Innes’ legacies to Australian jockeys are many, but four absolutely stand out:

In advising the AJA Board of his decision, Paul Innes said,

“I can leave the AJA with the knowledge that Australian Jockeys are better off than they would been, if the national peak body to represent jockeys had not been established. Because of the AJA, jockeys today are better rewarded financially, more professionally represented, and better protected by non-contributory insurances. I look forward now to continuing my role as Chairman of the National Jockeys Trust, which provides Jockeys and their families with financial and other support in the event of serious injury, illness or death of a rider.”

Mr O’Keeffe concluded “Paul Innes’ time as our Chief Executive sees Australia’s jockeys in a much, much better position now compared to 2001. On behalf of the entire riding group, past and present, I thank Paul for his unwavering commitment to improving the lives of Australia’s jockeys and wish him well into the future. We are pleased that he will remain as Chairman of the National Jockeys Trust.”

A process seeking to identify Mr Innes’ successor will commence in the near future.