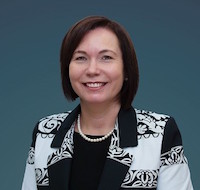 Ms Constable has extensive experience in the resources sector, having most recently worked as the Chief Executive of the Co-operative Research Centre for Greenhouse Gas Technologies (CO2CRC).

She previously worked as a senior executive in the Australian Public Service, including as a Chief Adviser in the Revenue Group of The Treasury and the Head of the Resources Division in the Department of Industry.

The MCA is pleased to have attracted such a high-calibre leader to the role of Chief Executive. The MCA represents Australia’s world-class mining sector which, including mining equipment, technology and services, accounts for 15 per cent of Australia’s GDP and one in every 10 Australian jobs.

When the mining sector does well, Australia does well.

Ms Constable will lead the MCA’s continued strong and effective engagement and advocacy on behalf of the industry and the regional communities and jobs it supports.

Ms Constable is very well placed to lead the MCA, given her deep knowledge of Australia’s resources industry, her experience in leading a membership-based organisation and in leadership roles in the Australian Public Service, her expertise in rigorous and high-quality policy development and her commitment to driving advocacy with stakeholders in government and the wider community.

The Board looks forward to consolidating the MCA’s strong position and working with government, the community, industry and other partners to continue to ensure our industry generates economic, financial and social benefits for all Australians in a sustainable and responsible manner.

Ms Constable was awarded a Public Service Medal in the Australia Day Honours in 2014 for outstanding public service in the development of Australia’s Liquefied Natural Gas and other resource and energy industries, particularly the development and implementation of policies and regulations applying to Australia’s on and offshore mineral and energy resources.