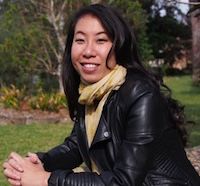 After nearly two years driving the rapid growth of Australia’s fintech industry, Danielle Szetho has announced her resignation as CEO of FinTech Australia.

FinTech Australia has now begun the search for a new CEO, while at the same time appointing Sarah Worboys as interim CEO from 19 March while the recruitment process is underway.

“It has been an honour and a privilege to have served Australia’s fintech industry as its inaugural industry association CEO, and to have been part of its founding journey and establishment as a real force for positive policy change and industry growth,” Ms Szetho said.

“With the support of the board, our team and our incredible community, we have turned FinTech Australia from being little more than an ambitious idea to an industry association that has successfully driven the fintech agenda across the nation, resulting in real, positive change in areas such as Crowdfunding, Digital Currency regulation and Open Data.

“I’m looking forward to having a good rest and time off to travel before I delve into the next stage of my career, and I’ll be working with our Policy leads and Board in the next few weeks to ensure they are supported through the transition until the new CEO can take the reins.”

“For the last 20 months, Danielle has been the heart and soul of Australia’s fintech community. Danielle’s energy and passion has been central to Australia developing into one of the world’s leading fintech ecosystems,” Mr Stoyan said.

“With the support of a small team she has delivered incredible outcomes, including Australia’s first national fintech festival and industry-backed awards and a range of major policy wins for our members.

“Danielle’s departure is our loss and I wish her all the best in the next stage of her career.”

Mr Stoyan said he was very pleased to see that Sarah Worboys has agreed to be the interim CEO while a search began for a permanent CEO.

A chartered accountant by profession, Sarah was until recently the head of strategy and operations at Melbourne-based peer-to-peer invoice financier Timelio.

Sarah has also been a key player driving increased female participation in the Victorian startup community. She built a community of over 1,000 women entrepreneurs through Ladies of York (launched originally from the York Butter Factory), which merged with the Startup Victoria Female Founders committee.

“I thank FinTech Australia for the opportunity to guide its operations while it undertakes recruitment for the CEO role,” Ms Worboys said.