AusBiotech Chairman, Julie Phillips, has announced that Mr Glenn Cross has decided to retire from his position as Chief Executive Officer (CEO) after 13 years’ service and two years heading the organisation.

In reflecting Mr Cross’s contributions, Ms Phillips said: “I applaud Glenn’s passion for the organisation and its place in the Australian life sciences industry. His achievements are both numerous and significant, including leading roles in establishing the AusMedTech and the annual conference, forming AusEvents, and building AusBiotech’s Global Investment Program”.

AusBiotech has also announced that following his retirement in early July, Mr Cross will transition to a part time contract role leading a dedicated business development effort for AusEvents, so continuing his long-standing relationship with AusBiotech. Ms Phillips said: “The Board is pleased that Glenn’s expertise in securing new events will continue to benefit AusBiotech into the future, and we are confident that Glenn will continue to bring new initiatives to the organisation and support the growth of AusEvents.”

Mr Cross has spent most of his working life in life sciences having been a founder of DePuy Australia (now a J&J company), the first employee of Becton Dickinson Australia, CEO of Vision Systems Instrumentation and other senior executive roles in the industry.

Ms Phillips said: “We trust that AusBiotech members will join the Board in thanking and congratulating Glenn on his contributions to date, over many years, including most recently as CEO.”

Ms Chiroiu has worked as a dedicated advocate for the life sciences sector, including almost a decade of contribution to AusBiotech, working closely with public policy impacting sector at state and Federal levels. Her advocacy has traversed regulation, tax incentives, patent protection, medical research and its commercialisation.

Ms Chiroiu has previously held the roles of Chief Industry Affairs Officer and National Communications and Media Manager at AusBiotech and prior to joining, worked in corporate and public affairs roles for a multinational biopharmaceutical company, the Pharmacy Guild of Australia, the University of Melbourne and for a health consumer organisation.

Ms Phillips said: “Ms Chiroiu is well known to members and has achieved a great deal to date. We are fortunate to have such a depth of talent and experience in our organisation, and the Board is delighted to welcome Lorraine to her new Chief Executive role in the organisation.”

Ms Chiroiu said: “I feel truly privileged by the opportunity to lead AusBiotech into its next phase of growth and evolution. Together we can support the expansion and prosperity of the Australian life sciences industry, a significant economic and social contributor with a proud history and which is well positioned to build on its success for many years to come”.

Ms Phillips concluded that “The Board is confident that this smooth leadership transition and continued strong team for AusBiotech will enable the organisation to continue its work supporting the growth of the Australian life sciences industry.” 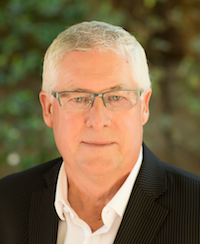 Taken from  AusBiotech  Media Release 1 May 2018