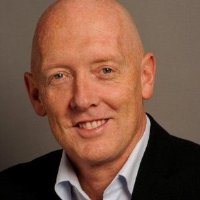 The CEO of Australian Primary Health Care Nurses Association (APNA), David Malone, has announced his resignation. Mr Malone has accepted a role with the Victorian Government in population health, an area he is passionate about.

“It has been a privilege to work with such a great group of people, and to have had the opportunity to contribute to the advancement of primary health care nursing. I'd like to thank the board, staff and members for making my time at APNA so enjoyable and rewarding. I am proud of what we have achieved together as a team over the past couple of years, and confident APNA is well positioned for future growth and prosperity,” said Mr Malone.

During his time at APNA, Malone oversaw the $6.4 million Commonwealth-funded Nursing in Primary Health Care Program; strengthening governance processes steering the organisation to a more modern, corporate structure including Constitutional change from an association to a company limited by guarantee; driving the policy and advocacy agenda and development of a number of organisational positions on key professional issues; continuing to build the profile of the organisation; and significant member growth and member-oriented offerings such as the new partnership with Insurance House.

APNA President Karen Booth, said, “The depth of health, business and political knowledge and strength shown by David in the CEO role has inspired the confidence and support of the Board of APNA. David will be missed by all at APNA and we wish him well in his new position.

David will move on to his new role in February, and an acting CEO will be positioned as we finalise the appointment of our new CEO.

Taken from APNA Board Announcement January 2018