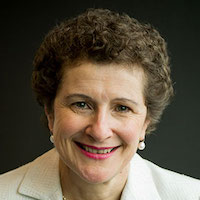 Susan Pascoe AM has been elected as the new President of the Australian Council for International Development (ACFID), Australia’s peak-body for aid and international development non-governmental organisations.

“Susan is one of Australia’s most influential advocates for charities and brings a wealth of experience to this role. Her exceptional leadership at the Australian Charities and Not-for-profits Commission (ACNC) was integral in building trust in the charitable sector.

"As a sector which views its code of good practice as one of its highest priorities, Susan is an excellent match for ACFID.”

The new appointment was backed by ACFID’s members at the peak-body’s annual general meeting in Melbourne. Ms Pascoe will serve a two-year term leading ACFID’s board which is comprised of leaders from across the peak-body’s membership.

“It is an honour to be appointed as ACFID’s new President. I would like to pay tribute to my predecessor Sam Mostyn who has been a powerful advocate for Australia’s internatioal aid and development and for Australia to play a leading role in fulfilling the Sustainable Development Goals,” Ms Pascoe said.

Ms Pascoe has been a long-standing champion of ACFID’s self-regulatory practice, co-launching ACFID’s new code of good practice earlier in 2017 in her role as Commissioner of the ACNC.

“As Commissioner, I was very familiar with ACFID’s work as a global standard bearer for good practice in aid and development – a reputation built-up over 50 years as a peak-body. As President, I am looking forward to becoming a champion for the ACFID Code of Conduct and foremost, working with every ACFID member to learn from their rich policy and practice experience in aid and international development.”