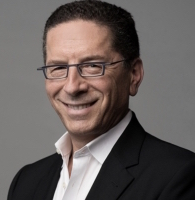 Pressure on CPA Australia CEO Alex Malley to resign continued with the resignation of three more board directors. The Australian Financial Review reported that Liberal Party president Richard Alston and lawyer Kerry Ryan had resigned in early June after claims that their call for an independent board review was ignored. A fourth director David Spong then resigned on Friday 9 June. Less than a week later saw the departure of three more directors, Jennifer Lang, Deborah Ong and Martin Hourigan.

The saga commenced with a backlash to the marketing tactic to personally promote the CEO through books and a television program. The former President Tyrone Carlin resigned and handed chief responsibility to new President Jim Dickson. Senior members are resigning from the association in the wake of the revelations that includes the eventual disclosure of Alex Malley’s AUD$1.7 million annual salary and the holding of the annual general meeting offshore in Singapore.

The problems for Australia’s largest accounting body increased with the news that Professional Standards Council is considering not renewing CPA’s professional standards scheme, and concerns that CPA Australia may have breached the Corporations Act after a member alleged the accounting body failed to comply with a request to disclose the pay of its directors.

‘‘The claim there is only a small number of disgruntled CPA members is misguided, the level and depth of concern among both members and the top end of town has been extraordinary,’’ former CPA board member Marcia O’Neill told the AFR. ‘‘The remaining board members must appoint a high-profile QC or retired judge to conduct an audit and board review and Alex must now go,’’ she said.