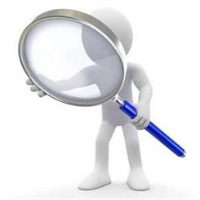 CPA Australia, Australia’s biggest association of professionals with around 155,000 members, has been under unwanted scrutiny from sections of the media and membership in the first part of 2017.

Brett Stevenson, an Armidale NSW-based member of CPA Australia, has led objections to the disproportionate focus on CEO Alex Malley in the marketing of the accounting body, its opaqueness around the salaries of key executives and the holding of its AGM in Singapore, among other matters such as governance and tenure.

CPA Australia, in response to the criticism, has sent a 16-page document to its 155,000 members justifying its marketing spend and defending the pay of its senior officers.

CPA Australia’s marketing spend has focussed on its charismatic CEO Alex Malley. Mr Stephenson believes that the approximately AUD$1.8 million spent on Mr Malley’s book The Naked CEO and the TV Show In Conversation with Alex Malley does not benefit the CPA brand, qualification or new membership, but is mainly promotion for Alex Malley.

The level of pay of CPA Australia’s leaders is under scrutiny, with the body’s 2016 annual report showing the fees and salaries paid to its 12 Board directors and three top staff executives was AUD$5.5 million, an increase of 20% from 2015. In addition, CPA apparently pays Mr Malley, the Board Chairman and a number of other senior figures in the organisation a stipend to sit on the Board of its fully owned loss-making subsidiary, CPA Advice.

Further, CPA Australia’s April 2017 Annual General Meeting was held in Singapore, restricting the majority of members from attendance in person.

Following his request and their legal obligation to do so, CPA Australia sent Mr Stevenson a CPA Australia member list but without email addresses. This followed a withdrawal from the body’s website of the ‘Find a CPA’ function which would otherwise have enabled easier access to members.