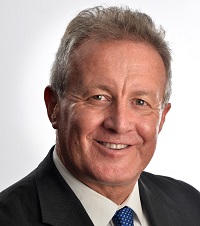 The Council for Small Business Australia at its 2017 AGM, elected a new Board Chair, Mark McKenzie. Mr McKenzie is the CEO of Australasian Convenience and Petroleum Marketers Association (ACAPMA) and holds formal qualifications in Civil Engineering (BEng) and Business (MBA).

Mr McKenzie has extensive commercial and public policy experience. He has a deep personal commitment to ensuring that future national telecommunications policy and national competition policy make fair and just provision for the specific needs of Australia’s small business sector.

“There are so many issues that impact the ability of small businesses to grow and I will work to make sure that the COSBOA team continues to provide national advocacy across all policy areas.”

Mr McKenzie replaces outgoing Chair, Paul Nielsen, who leaves the position to spend more time on his own small businesses. He was roundly thanked for his services to the board and recognised for the positive contribution that he has made to the strength of COSBOA’s advocacy for small business.

“COSBOA is in a strong position thanks to the leadership provided by Paul Nielsen to our organisation” Mr McKenzie said. “I thank Paul for his contribution to COSBOA, particular in the areas of cyber security and governance.”

COSBOA CEO, Peter Strong, welcomed the collaborative transition and thanked Mr Nielsen for his services to the COSBOA Board.

“COSBOA is in the healthiest financial position it has been in memory and has significantly improved out stakeholder relations over the past few years” Mr Strong said. “Paul has made a significant contribution to this and I personally thank him for his support during a recent period of ill health.

Mr Nielsen will remain as a Director on the COSBOA Board to support a smooth transition. Mr Strong and Mr McKenzie have worked closely on a range of policy issues over the past three years and are looking forward to a strong working relationship.

“I look forward to working more closely with Mark as the new COSBOA Chair, and will continue to build on the strong advocacy we provide for small businesses in Australia”, Mr Strong said.