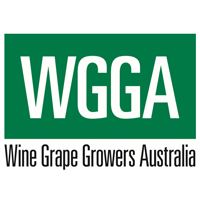 At a special general meeting of Wine Grape Growers Australia on the 8th of September, members voted unanimously in favour of accepting a new Constitution, which will mean that WGGA will now trade as “Australian Vignerons”.

The new name, encompassing both growing and making wine, is intended to reflect a holistic approach to the changing wine community.  Other changes will include the election of an independent, skills – based board, and a change to the membership structure.

“This is not the end of a period of hard work – it is the start of it,” said WGGA Executive Director, Andrew Weeks.  “We have support in –principle, but now we need to ensure financial support from those who intend to be members of this re-focused national grower body”.

The re-structure followed a hard-nosed analysis of the previous obstacles that were preventing WGGA from gaining national support from all wine producing regions. Sources of income have been depleting due to reduced support from member contributions; a reflection of the current challenging trading conditions in the wine industry.  WGGA was faced with a choice to either change, or perish.

“In reality there were few alternatives,” said WGGA Independent Chair Joanna Andrew.
“WGGA was not seen as offering value to all Australian growers, so there was limited financial support, and that position was not sustainable.  If not for these changes, we would be facing wind-up proceedings instead of proposing a new direction”.

WGGA will now adopt the new constitution and trade as Australian Vignerons.  It will focus on the national activities of grower advocacy, addressing the biosecurity responsibilities for the wine industry, providing grower input into research, development and marketing programs, and doing what it can to assist with market access for Australian wine.  Much of this work will involve collaboration with the Winemakers’ Federation of Australia, and is intended to deliver benefits to all in the industry.  There is a widely recognized will for industry organisations to work together, however, it has been made clear during industry - wide consultations that there must be a separate voice for growers when the need arises.

The new structure of Australian Vignerons is a good way to combine the governance of an independent board with the representative component of council of members.   The current executive committee of WGGA will become the interim board of Australian Vignerons, and will immediately start work on implementing the new structure, and rejuvenating the national grower organisation.