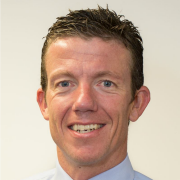 Six of Queensland’s top organisations have submitted a combined report to the Productivity Commission, calling for an overhaul of industrial laws.

CCIQ director of advocacy and workplace relations Nick Behrens said the industry bodies had surveyed 1000 businesses before submitting the report.

“This will be the biggest issue for businesses for 2015,” said Mr Behrens. “We have to move away from a regime that seeks to protect employees against the worst case of the employer – to the detriment of the vast majority who do the right thing by their workers.”

More than 80 per cent of those surveyed wanted individual circumstances to be considered in Fair Work Claims, and wanted changes to minimum wage increases to ensure they reflect economic conditions and productivity. Mr Behrens said employees did not want to abolish penalty rates altogether but did want to create a greater scope for flexibility.