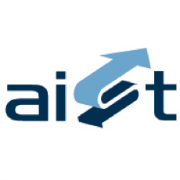 Following Treasure Joe Hockey’s recent call for debate over greater flexibility in the superannuation system, the Australian Institute of Superannuation Trustees (AIST) has spoken out. Mr Hockey asked whether first homebuyers should be able to use some of their superannuation to aid them in their first property purchase.

“We certainly need to have a conversation about super, we know we do,” said AIST CEO Tom Garcia. “But I think talking about opening up for home loans or anything else is not the way to start.”

Mr Garcia said the AIST rejected the idea that dipping into superfunds would be beneficial long term. “It’s a matter of principle. The idea of the superannuation system is to provide someone for an income later in life when they finish working. If you start pulling money out at the beginning, you lose all the effect of compounding,” he said.

Mr Garcia went on to say that changing superannuation fund access would flow through to change the way funds interacted with the broader economy and would also impact on the way funds invested in public-private partnerships.

“It fundamentally changes the way that a superannuation fund can think about liquidity,” he said. “One of the great things that not-for-profit funds have delivered such good returns for so long, and this is part of what the Government’s trying to do anyway with their asset recycling,” said Mr Garcia.