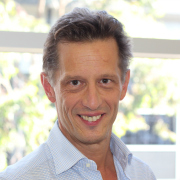 The Australian Gift and Homewares Association (AGHA) has appointed Omer Soker as CEO.

Under Mr Soker’s guidance, Australian wholesalers and retailers will be given more support and ongoing challenges such as globalisation and structural threats will be addressed.

With 2.500 members and a turnover of $8 million, Mr Soker said he was prepared for the challenge of being CEO of an association with such a large member base.

In his first year of running the AGHA, Mr Soker segmented and restructured the member services department and diversified the organisation with the acquisition of Fashion Exposed. Mr Soker also engaged government departments to provide industry support and enlisted the help of Associations Forum to began work on reforming the constitution.